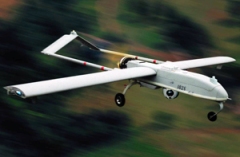 The use of flying surveillance drones is beginning to move from the battlefield to our domestic shores.  Not surprisingly, it is stirring up plenty of controversy.

Some of the concern reflects the present use of drones in battle areas.  Equipped with sophisticated surveillance equipment and lethal munitions, military drones are sent on reconnaissance and surgical kill missions against military targets, leaders and terrorists.  Which all sounds fine in a battle situation (even if they still result in some collateral damage); but what about in the USA?  Some citizens are concerned that Americans in the US would be singled out as targets for military-grade drones to attack, and they question whether an American citizen determined to be a threat against other Americans should be surgically killed on American soil.

Okay… that’s not entirely true.  The real concern American citizens have is that our government, not being infallible, will be told by some anonymous or insane source that one of us law-abiding citizens is a terrorist; and that the government, not questioning or investigating said information, will fire off a drone to take us out on our way to Burger King. END_OF_DOCUMENT_TOKEN_TO_BE_REPLACED