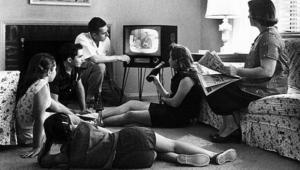 American television has been undergoing a massive shakeup of late…

Okay, what I should be saying is that American television is undergoing another massive shakeup of late.  Because American television has actually been under attack since the day it was created.  Movies and theater have always been at odds with television, showing it up for being less intellectual, less relevant, less powerful, less colorful, less large, etc, etc.

Over the years, television has taken on these challenges, largely, by evolving the very characteristics that made movies and theater so powerful.  TV has hired writers and actors from the movie studios, improved productions, taken on more relevant storylines, and adopted more street-wise language, sex and nudity.  They’ve even shown movies—the competition, essentially—on TV.  They’ve developed award systems that mirror the Oscars, and have brought the pomp and circumstance of movies to TV.  And TVs have gotten bigger and better, taking up entire walls now, going further to mimic the theater experience.  Now TV strives to utilize the features that make the internet so powerful, and it will continue to evolve to better itself and keep itself relevant.

All of these things have allowed TV to maintain its position and profitability in American entertainment.  But now, it faces what might be its biggest threat: The erosion of advertiser-supported programs. END_OF_DOCUMENT_TOKEN_TO_BE_REPLACED 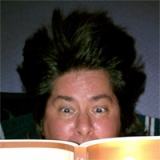 When I was a boy, I would often pick up novels wherein I didn’t actually read characters’ swear words; instead, I read the author’s account of the characters’ swearing, to wit: “He swore,” “he gave his opinion in language not fit for polite society,” “her language, as crude as any sailor’s, caused her companions to blush furiously,” etc.  And I was introduced to the familiar scene known as “kiss kiss, cut to morning,” in which something significant happened in-between, but was apparently not appropriate enough for me to be privy to. END_OF_DOCUMENT_TOKEN_TO_BE_REPLACED