Interstellar, the Christopher Nolan movie (co-written by himself and Jonathan Nolan), is the sort of science fiction movie that comes along very seldom these days… unfortunately for all of us.  In an entertainment market that will go out of its way to throw boy wizards, zombies and Klingons at ravenous audiences—but turn up its nose when someone offers real scientific content—Interstellar strives to hit some notes that are rarely touched by Hollywood anymore.  But as those science notes are nested within some of the more well-known notes preferred by Pop Movie 101 aficionados, this movie does a great job hitting the right notes at the right times. 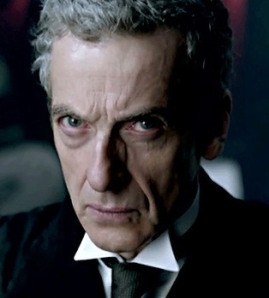 Peter Capaldi, the new Doctor of Doctor Who

The new season of Doctor Who has given us the conclusion to a unique type of cliffhanger that only this show can provide: Who will be the new Doctor when he comes out of the other side of regeneration?

The Doctor has changed actors over a dozen times now, over the course of the TV series and one movie… a unique invention by the producers to replace the original Doctor, William Hartnell, when he was became too ill to continue the role.  With each change of actors has come a change of the character’s mannerisms as well, with the new actor bringing some of his own quirks to the role.  So, since 1965, we have been treated to thirteen men who have all been very different—and yet were always the same character.

And now it’s happened again, with Peter Capaldi taking over the role most recently vacated by Matt Smith.  As well, Smith’s manic, over-confident and endearingly bumbling man-child of a Doctor will be changed to suit Capaldi’s take on the role.  So what does that mean for the show… and for us? END_OF_DOCUMENT_TOKEN_TO_BE_REPLACED

Joss Whedon has a biography coming out (one of those things you look at with a strange crick in your neck, because biographies usually come out at the end of someone’s career), and in some excerpts printed in IO9, I’ve discovered some significant similarities in the way he and I see science fiction these days.

For instance, when he had the opportunity to submit a TV series concept to Fox, he wanted to do science fiction.  Problem was, most TV SF turned him off.  He wanted to see realism, but most sci-fi TV shows looked too plastic, too clean, like Star Trek.  Or too cheap and cheesy, like Blake’s 7 or (pre-2000s) Doctor Who.  One movie series he appreciated—Alien—but he wanted more than a “ripoff” of the Alien look. END_OF_DOCUMENT_TOKEN_TO_BE_REPLACED