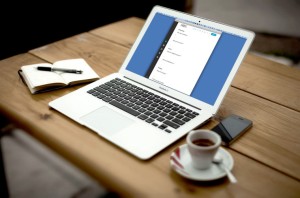 Okay, bear with me, because I can’t give any specifics without risking contract violations and being hunted like a dog and shot down in a dark alley… but I’m rather proud of myself at the moment, so you get what I can give you.

I’ve been working on a teleplay (whose details I can’t divulge at this time… see paragraph above).  The original idea was not mine, but that of a television producer I’m working with on a few projects.  He recently asked me to do a treatment of his concept so we’d have something to present to the networks, and gave me his notes.  But then he told me to “try my own take” on the show, and see what I came up with.

So I looked over the notes, and started to make some changes to the characters, in a way that I thought would improve the series.  I came up with an opening episode that I thought would hook viewers, and started writing.  I added some great moments to define the characters and the flavor of the series, added a few nice gags, et voilà: One TV script. END_OF_DOCUMENT_TOKEN_TO_BE_REPLACED 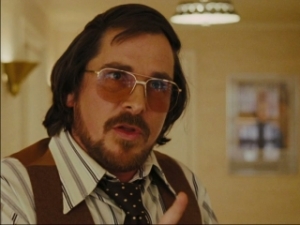 This weekend, I finally had the chance to see American Hustle, which I greatly enjoyed.  (Yes, my movies don’t all have to have robots and alternate universes in them.)  The movie featured a gross ton of class acting, even in the bit parts (De Niro!  Zerbe!), and the story was a lot of fun all around.

But when it was over, it occurred to me that one of the reasons that so many of these actors (and the movie) were on the short list for Oscars this year, was the preponderance of over-the-top characters.  And I wondered if that was something I needed to think more about. END_OF_DOCUMENT_TOKEN_TO_BE_REPLACED 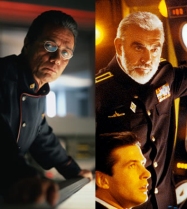 Do you sometimes have trouble finding and maintaining different “voices” or mannerisms for your various fictional novel characters?  Have people accused your characters of acting and sounding the same, beyond gross differences in their makeup?  Authors can struggle with this, especially those new to creating fictional characters for a story.

If you’d like a new way to manage this issue, try one of my favorite characterization tools: For each character, imagine a particular actor in a particular role as playing that character. END_OF_DOCUMENT_TOKEN_TO_BE_REPLACED

Lest you think that my complete and utter disdain for The Wrath of Khan means that I loathe Star Trek; please enjoy my review of what I consider one of the Best of the Trek books ever written.

As with so many things Star Trek, you have to overlook some things to find the gems of each story. In this case, you actually overlook the actual threat that causes the events of the story to unfold; once you are presented with it, it seems very old-hat and almost expected. And, of course, the usual Trek trappings such as FTL drives, transporters, and all those pseudo-SF elements that make Star Trek such a fun universe.

Yes, you overlook all that… in order to appreciate the real drama of the story. Kirk and his officers have apparently intentionally violated the Prime Directive, and caused an entire world to die. They are disgraced, they are ostracized, they are forced to go into hiding… none more than James T. Kirk himself, considered the pariah of the Federation.

But that’s not acceptable for the officers of the Enterprise. The report of what happened is wrong. And they’re going to prove it. END_OF_DOCUMENT_TOKEN_TO_BE_REPLACED

This page is now located at StevenLyleJordan.blog. 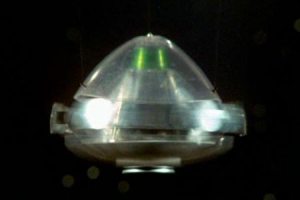 Gerry Anderson’s 1970 series UFO, the show about a secret multi-government organization charged with repelling a constant alien invasion fleet, lasted only a season, and never did much in the ratings game.  Despite a great look and good production, people didn’t “get it;” it wasn’t showy like Star Trek, silly like Lost In Space or mysterious like The Twilight Zone.  (Brits: Insert your own TV references, please.)

But now we know why UFO didn’t make it: It was too far ahead of its time. END_OF_DOCUMENT_TOKEN_TO_BE_REPLACED